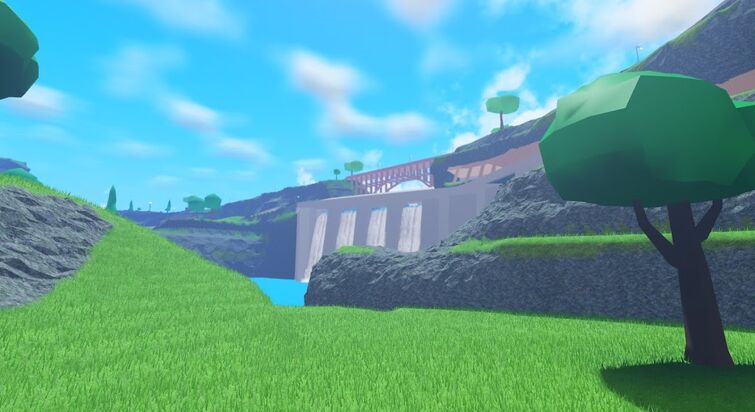 Base on the picture, we can see a hydraulic water power station. In the background, we can see the Top-Secret military factory on the hill in the suburbs. The accessibility of the heist is not good but it is very worthy of the visit/robbing. Before robbing, you will need 10-14 teammates (better if there are friendly hero/villain because their powers are better than yours so yeah.

First, we will drive from the criminal base (or whatever starting point) to the base/factory entrance. In order to make an entrance, we must gather key fuses that spawn randomly in Area 51. Altogether, there will be 20 fuses in Area 51 but we only/solely need 12 to hack open the bulletproof electronic door. Next, we need a biohazard suit, gas mask (available in submarine heist), military digital camouflage outfits, and suggested third party weapons like RPG, M4A1...

*Don't use air vehicle to make an entrance, you will get lasered by ground-based lasers weapon.

Then, we will heavy-anti radiation suit (find it after the doors, it spawns randomly) to protect ourselves against Sarin leaks, biochemical leaks, and hazardous gas leaks, this is optional. Meaning that if you don't want the protection, you and your teammates can also rob the heist, but survival chance for all decreases from 90% to roughly 30%.

Later, there will be a zipline for two teammates to swing to the top of the dam. There, you need to hack open the electronic warfare systems that kill aircraft, so you won't get detected by motion sensors and get oof! by guards. But not so easy, there will be a pillar of lasers coming attacking you. Plus, volts of laser energy will shot you if you stepped on the motion camera zone. 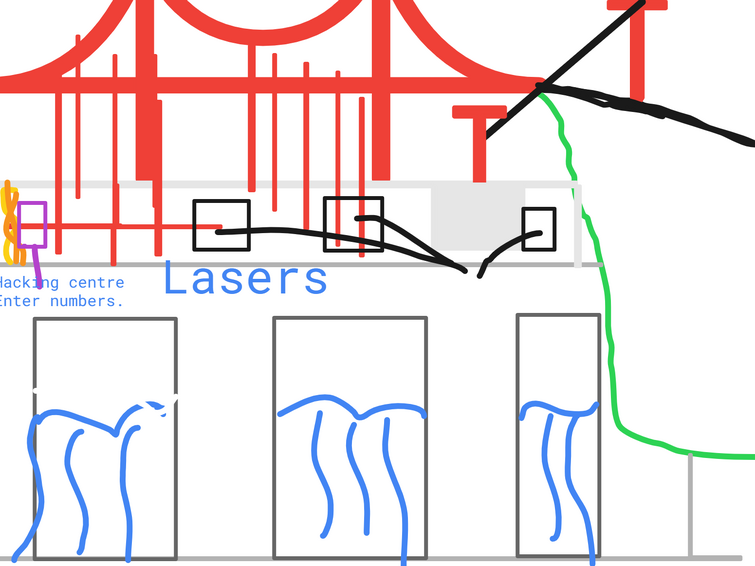 To hack open the electronic system, enter the secret number. The number is the wavenumbers of the dam flow. Here, the number is 8 because there are 8 wave lines.

Next, after destroying the system, fly your bomb capable aircraft like Falcon or Nighthawk and carpet-bomb the anti-access doors. After that, pass the hard obby with a lot of high-speed turning lasers, moving lasers, moving laser light, radiation wave beams, pillars of lasers, ground lasers, chemical leaks, gas leaks, and Sarin leaks. Also, additional radiation ores, uranium leaks less harm you if you wear the heavy protection suit earlier. It would hurt you, but 5HP per second, if you are not wearing the suit, you will be taking 15Hp damage per second, your rank will decrease if you die here.

Later, pass the obby filled jets maze. It is extremely large with powerful microwaves shooters and lasers. The maze will leak carbon-dioxide and sulfur as jets spraying does so wear a gas mask. If the maze takes you long, aster 5 minutes, you would take 10Hp damage per second, but if you do the maze fast, you won't take damage.

After the maze, you come to the motion sensor room with lasers and autocannon. Don't get traced and shot.

Just then, pass the last nuclear-voltaged water leaks with moving lasers to complete the obby. After that, rob the vault, warehouse, engine room, titanium refiners, and weapons. The obtainable items are never a limit here and cash intake per item is 30K for non-VIP owners, 75K for VIP owners. No limits.

Infinities later, go to the laser-armed vent and escape. You escaped through the factory loading bay, make sure don't get shoot by AI guarding robots and police/military personnel.

Total cash: UNLIMITED, but considered the heist is only open for 20 minutes, you can approx. get 3 Million is fast. (6 million for VIP game pass owner)

This is a public-server heist and if you do it privately, no results.

Open once in more than an hour, rare...

Gives you 10 ranks from your original rank.

What about, bio-mechanical radiation formed monster

I mean certain secondary-parties created/brought combination, you can also head to it. But, rare. The creation must not be used within copyrights if ideas. But, OK. We can generally stop.

It's he complications that let players earn high and risk more, get it. This is sort of special heist.

Why no other people is commenting and reading... /_ \＞﹏＜

1: First of all I think there should be a cash limit on the heist, because if there wasn’t, you could literally get the most expensive item in the game after doing this (if you had the VIP, otherwise two times.)

2: Maybe take out some of the obbies, also I think multiple people for this is a good idea, but maybe only two or three are needed.

3: IMO this would make a good boss fight (go through the obby, then you’ll find the Griever or some other boss, and once you defeat them, you get some cool reward.)

I like your idea, thank you for sharing it. Hope you find this helpful.

What do you think?