To be honest, I didn't really like how luck-based the old system was - you'd pretty much just search containers until you found an item with very little thinking involved. Still, I think it's unique, and I'm glad they kept it in as a supplement to the new escape routes.

I'm a big fan of the gate and how it sets alarms off - it's quicker and more convenient than many of the alternatives, but it'll quickly grab the attention of enemy players for a fun challenge while you try to fight or dodge your way out. It encourages player interaction and I think that's a good thing.

I mean it was unique for mad city and that u had to actually go and get things... but now, i think there is less escaping to the game just like jailbreak...

It is unique to Mad City. It's still in the game, there's just alternative now. I don't know what you mean when you say there's "less escaping" when all they did was add more ways to escape.

No!! what i meant by players playing muted is they can't here the loud barking and the siren

And what i mean by escaping, switching a switch and just getting out really isn't escaping

I know what you meant, but the game can never account for stuff like that. You can mute your headphones in a thousand other games and ruin the experience for yourself, but it's not like there's a workaround. I don't even see the point in mentioning it because it'll never be a prevalent issue.

I'll agree that pressing the button is much faster and more reliable than trying your luck with the containers scattered about, but this way, you have to enter a restricted area just to press the button and then alert every guard in the building that you've almost escaped. At that point, it's really just between you and the players, and I think that's more interesting than holding E on some doors and waiting around. Your ability to escape feels dependent on your ability to play the game instead of depending on the game giving you things that let you escape quicker.

I feel it is a bit too big and confusing. It took legit 5 mins to find the fence to use wire cutters

Yeah whatever i agree with u kinda

And also whenever there is a mad city update there seems to be tons of new glitches... 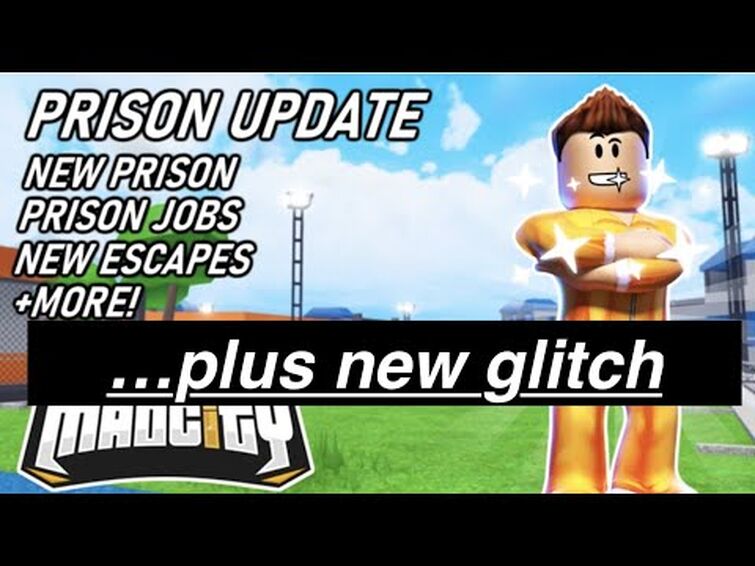 Its so random and pointless and out of context

What do you think?