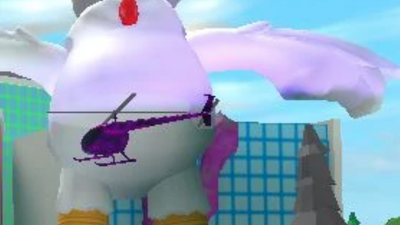 This article is about the Season 2 boss. You may be looking for the Season 6 boss of a similar name. Cluckles was the first boss fight to be introduced to Mad City. He made his debut in Season 2, serving as the climax of the season's alien-themed updates and his defeat causing the recession of... 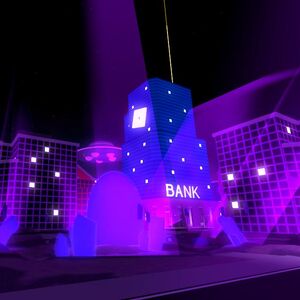 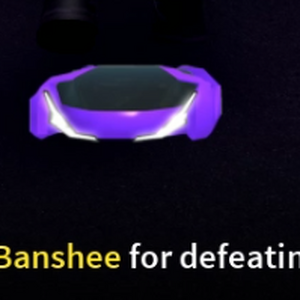 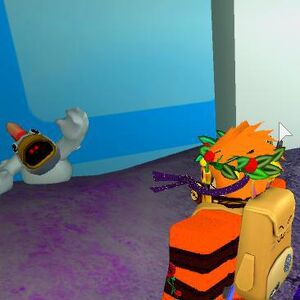 If you guys could make one live event that gets put in game, what would it be?

The Phantom Cluck was created as a result of Defaultos vaporizing Clack after losing to players 5 times. However, the Cluck did not disappear forever, he became a Phantom Cluck, and now he wants to destroy the players, because they defeated him ...

The beginning of the battle

Players just need to come to an abandoned house on the second island and stand in a circle. At least 2 players are required. Maximum 10 players.

Players will be teleported to a copy of the city, which will be all black, purple and green, and also partially transparent. There players need to find the next teleport. He appears randomly at one of the points throughout the map, which can be found below. When any player enters the portal in the phantom city, everyone will be teleported to the boss fight. However, the phantom city is not just a search for a portal. There will be phantoms that will try to kill players. A list of them can also be found below.

Features of the battle

The boss has several options for how he will appear:

Unstable. Absolutely all actions in the arena are accelerated by 50%. 9%.

Forever unstable. Absolutely all actions in the arena are accelerated by 50%, the boss has 2.5 times more health. 1%

The boss will walk around the arena, teleport, and attack players. The boss's health depends on the number of players, namely: 1 player = 5'000, and for each next player - 2'000. All enemies in the arena take damage only from ghostly weapons. However, if you just shoot at the boss, he will not take damage, but he will attack the players. To start attacking the boss, you need to destroy the crystal (using a ghostly weapon), which will appear once a minute for 10 seconds. This will give players the opportunity to attack the boss for 20 seconds. The crystal has 20% of the boss's maximum health (1 player - 1000, each next + 400).

The boss has several options for attacks:

Phantoms. The boss spawn 10 phantoms of a random type.

After defeating the boss, the player will receive an animated skin for transport, as well as a special "Phantom Power" badge.

Possible locations for the teleport to appear in the Phantom City:

It has been 1 year since the live event aka Cluckles Birthday Party. Lets get a Happy Anniversary in the comments.

"Clucky" is a game currently in the works, described to be some kind of mix between Flee the Facility, Piggy, & Hello Neighbor. It's made by an entirely new development team - Team Clucky - which is lead by Ammon, the editor for Schwifty Studios. It's planned to be released on June tenth.

They haven't officially mentioned any sort of connection to Mad City, but it's clear that the antagonist is going to be (at the very least) inspired by Cluckles and the Cluckdonalds restaurant.

You can join their group and actually donate to aid in the development process for perks like an in-game plaque and/or a statue of your character. The largest tier, R$20,000, will give you a percentage of the game's income - Ammon says that if you're looking into this, you should first speak to him personally for details. I kind of wanted to share my thoughts on this in particular:

Let me lay out what we know; there are four developers, and they're looking for a fifth. They are small faces in the community and I don't believe any of them have really made their mark on the platform, besides Ammon of course. We are privy to nothing about this game - everything is intentionally kept secret. Investing any amount into this just seems irresponsible.

I wish them the best, but I wouldn't take out your wallet just yet, at least not until we know a little more.

Write your theory about Cluckdonalds below

Once upon a time in the pyramid of mad city looting of criminals was going on.

One player ( a starter ) tells I wanna get the key to open the cluck Donald's secret area.

Other players tell him to take it also tell them to bow 7 times before the Ark of the Cluck.

Other players thinking him as a idiot

He steals the Ark of the cluck but explodes 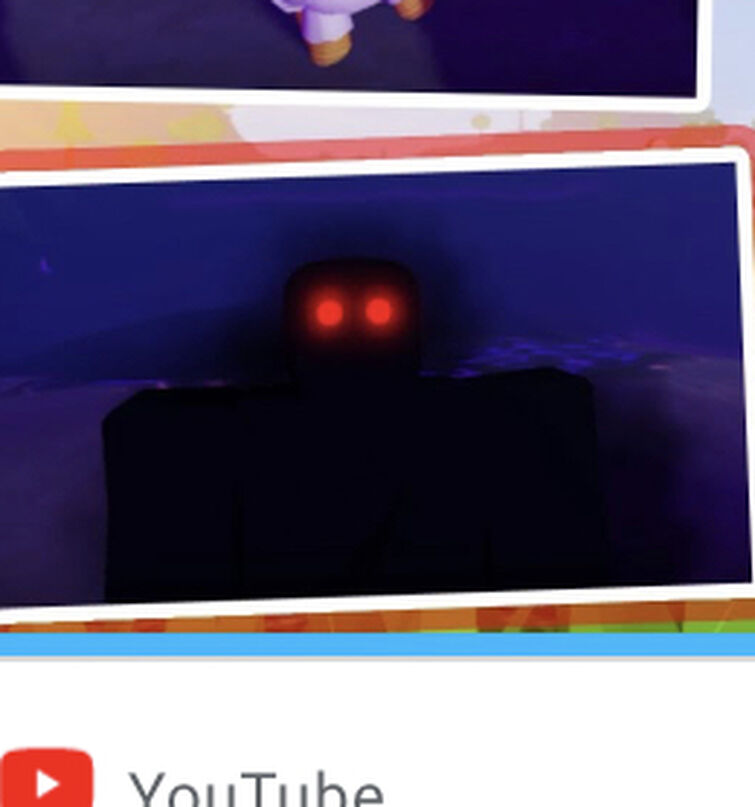 What do you think? Twins, same ppl or just a coincidence? 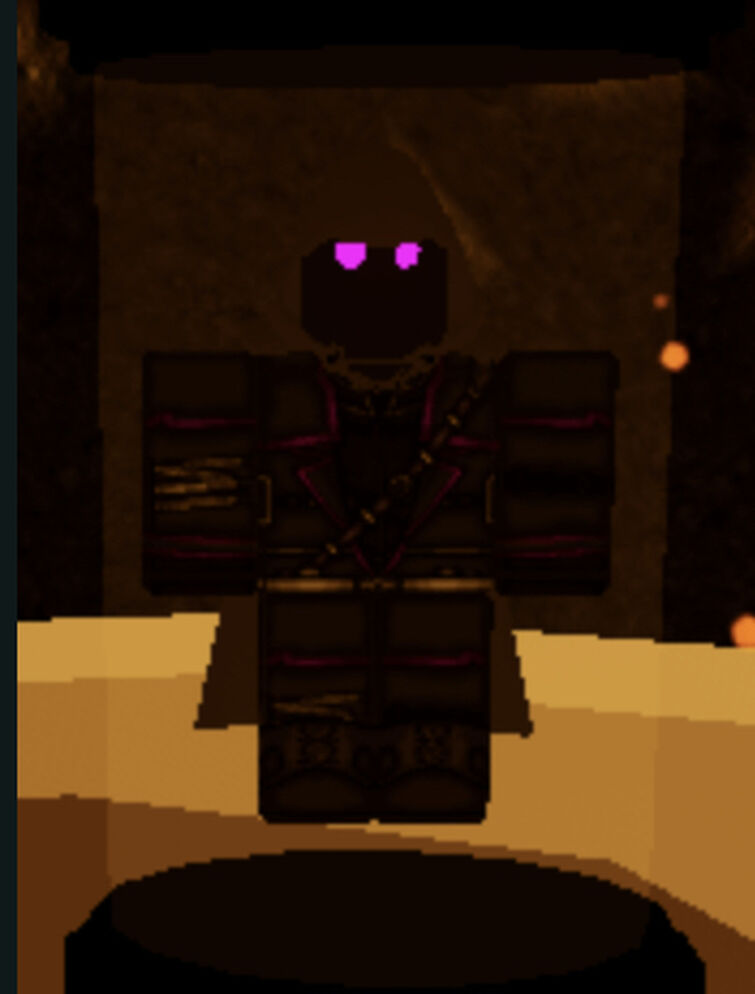 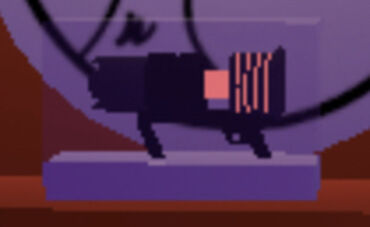 Use a Plasma Gun 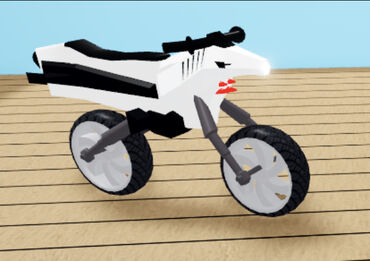 Use the Hyper Glider missiles 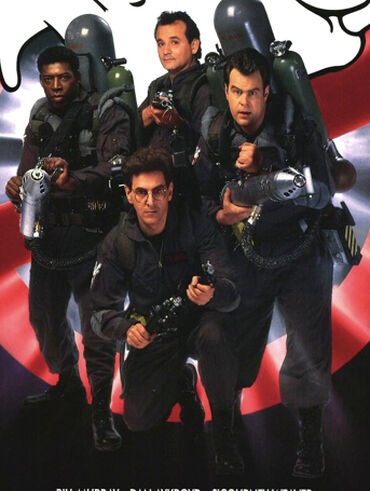 Call the Ghostbusters of Mad City 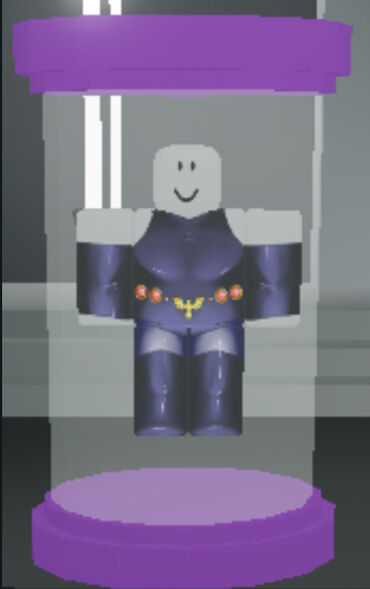 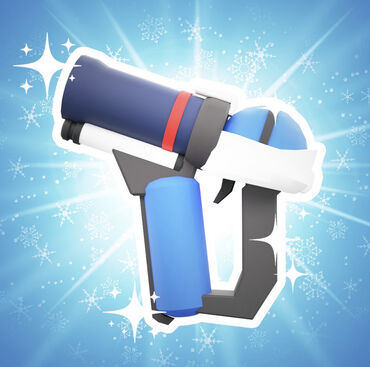 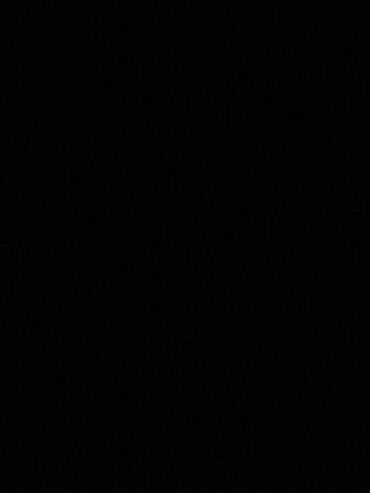 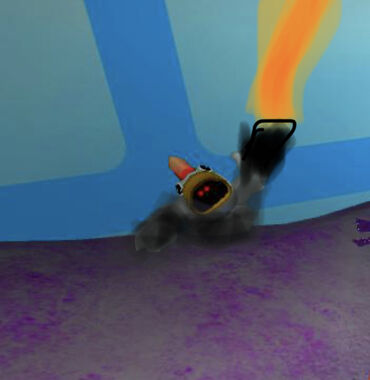 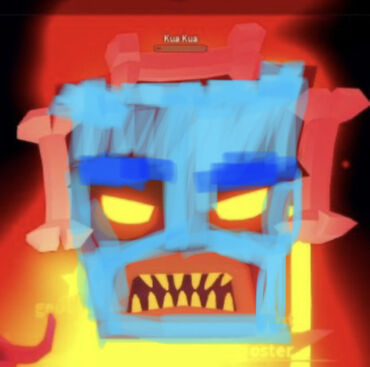 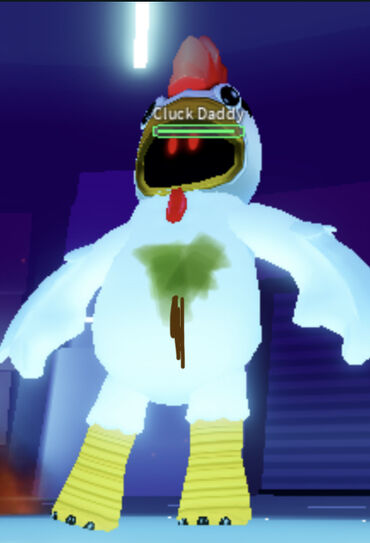 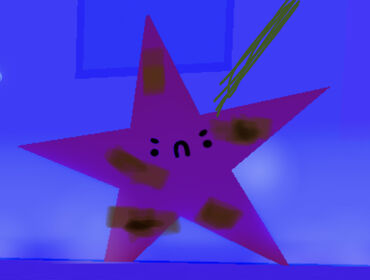 Star Lord moves to the sewers 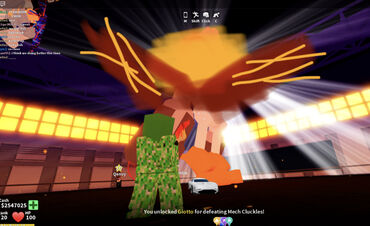 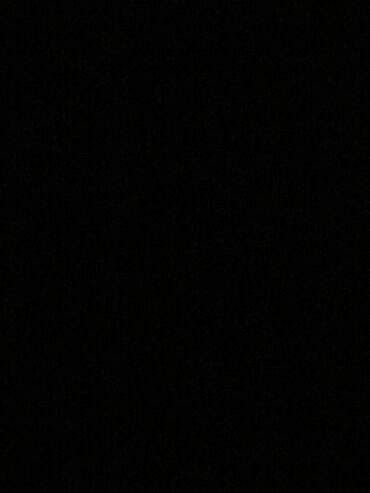 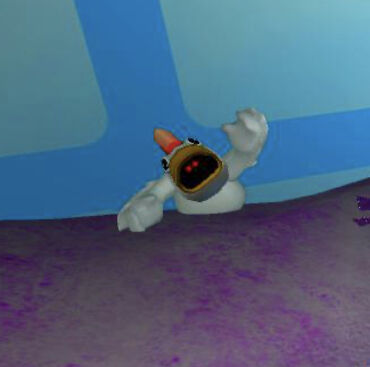 Cluckles returns as a zombie or ghost 👻 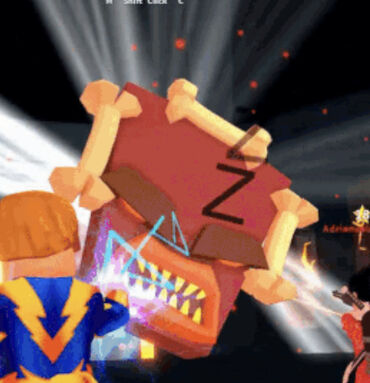 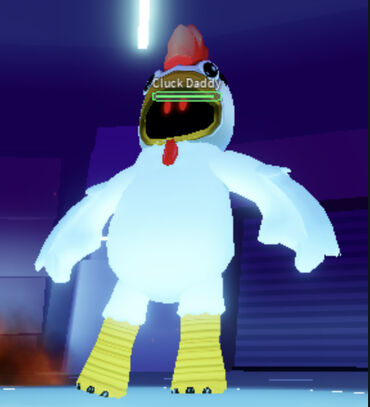 Cluck Daddy gets beaten by the Military 🔫 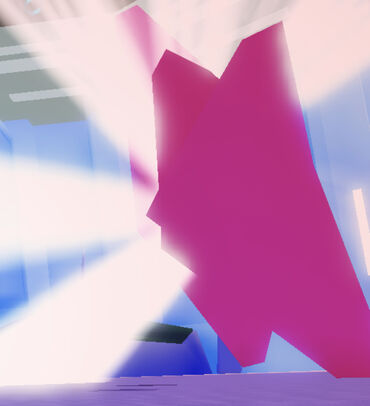 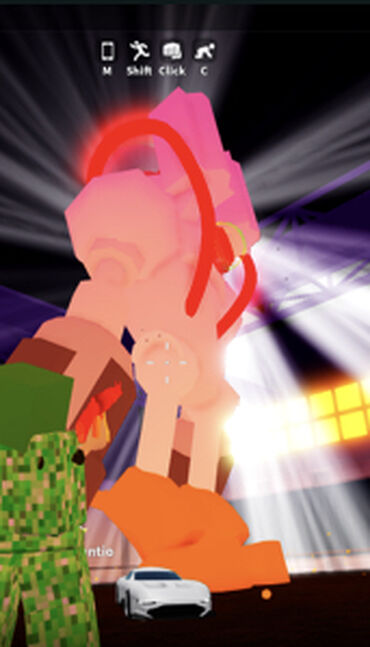 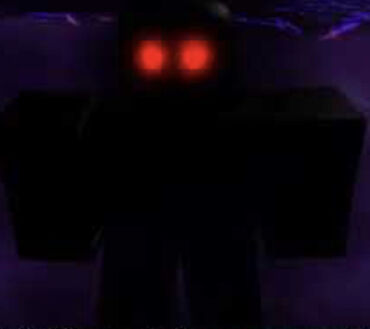 I was thinking about Cluckles and stuff, when I realized, Cluckles is a chicken, not a roster. So that means...Cluckles...Is...A girl.... I didn't see that coming 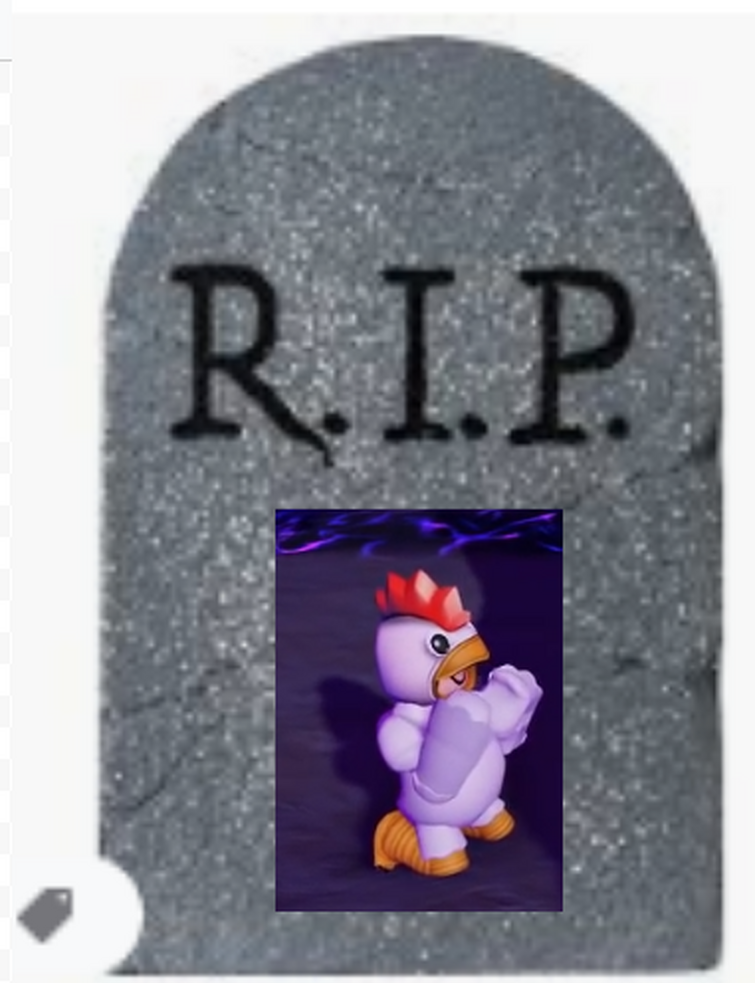 Ok I know I have no power to stop you but it might be considered edit farming and that gets you a warn so don't do it. Also they will be deleted as soon as a moderator is online so you don't need to replace everything with 'delete' or 'delete this'

...That Cluckles, Kua Kua, Cluck Daddy, Star Lord and Mech Cluckles are all in an evil cult, and want to invade Mad City and it’s outskirts, and on Halloween, they’re gonna sell Halloween masks (Kua Kua masks, Star Lord masks, and Cluckles masks) and when a commercial for a giveaway from the mask company comes on, it’ll tell all the kids to wear the masks, and Cluckles will active something they snuck into all the masks, it’ll absorb the strength and knowledge, and it release bugs to attack their parents, absorbing theirs too, and this will let the bosses create a more stronger, intelligent being to invade with, but in order to stop this, we must do the following things:

•Break into a filling station, do an obby filled with lasers (one that isn’t really hard) and convince the television dudes not to air commercials, and we will have to hold E on the keyboard to yell down the telephone and we’ll have to do it to five phones so it’s aired in neither Mad City or Easter County (This is only possible as a Villain or Criminal)

•Go into Cluckdonalds, break the office door at the back, (with a similar method to how the Bank Vault is moulded) set multiple explosives like Sticky bombs or C4s, then leave the area, and a timer will appear on-screen for when you have to have fled the area (at least a minute) and Cluckdonalds ignites, and anyone too close by will be torched (This is only possible by Heroes and Police)

After all of these are completed, the bosses plans are ruined, the commercials aren’t aired, and they will be ready for a finale at Prison Island...

Meanwhile, let’s hope this is never added to the game 😂

It all started with Mother Hen and Cluck Daddy, they fell in love and had Cluckles, Mech Cluckles, Nugget, Crazy Cluck and Killer Cluck and this means they’re all related

Mother Hen was the only one who wasn’t in Mech Cluckles battle, so maybe she was only fighting with her sons and husband before her younger son, Mech Cluckles almost died and stayed in town to look after the family business, Cluckdonalds!

•Numerous members of the SWAT-Killed in self-defence

•Numerous members of the MCPD-Killed in self-defence

•Numerous members of the MCH-Killed in self-defence

•Numerous members of the MCV-Killed in self-defence

•Numerous members of the MCC-Killed in self-defence

•Numerous members of the ECSD-Killed in self-defence

BIOGRAPHY: Cluckle Brother was an alien chicken born on the 9th of August, 2020, who was son to Cluck Daddy and Mother Hen, and brother to Mech Cluckles and Cluckles. Upon getting word that his brother and his allies were killed on May the 9th, he planned to seek revenge, so gathers his only remaining brother, Mech Cluckles and his father, Cluck Daddy to where they’ll destroy all enemies. The plan was the same as Cluckles’ plan in 2020; Cluckle Brother was acting friendly to all enemy units, and soon betrayed them, while Cluck Daddy and Mech Cluckles rise from their arenas, while all of the Heroes and Villains, who had recovered from the last attack in which they were all injured, attack, and soon Cluck Daddy was knocked down, causing the two brothers to violently attack the Heroes and Villains, which then caused a button to be pressed, this time, a button in the Easter County Precinct to be pressed, causing a tsunami-like flood, which destroyed minor parts of the map and caused minor changes to be done.