I think I've played a bit too much of doom eternal. 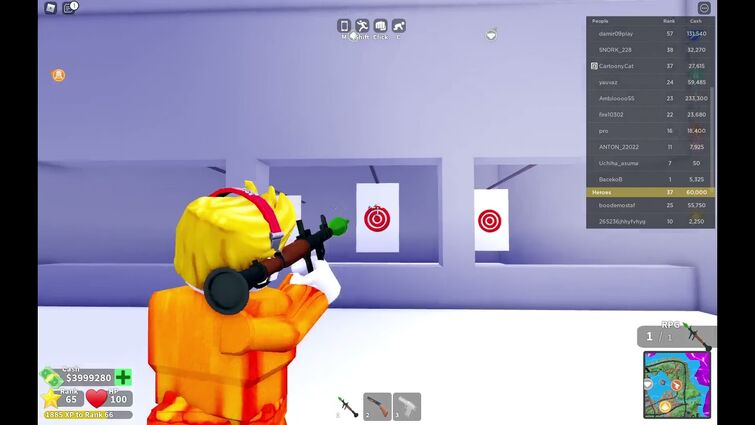 It looks cool
I know it's good/somebody recomended me it
As a part of certain collection (Ex: all bikes)
Stumbled across it and bought it
To try out
Else (comments)

Vehicles
A reply to Commando0967
0

If you don't need a really practical vehicle like the Warhawk, then go for it. There is a lot of depth to it and it is a lot of fun when mastered.

I have Heavy weapons and SWAT gamepasses

Part of you hitbox is outside the tank when you sit in it, so i guess it is normal.

I mean it is good if you are EXTREMELY commited. I played 4 hours a day thoughout a month on a vip server and i still have PTSD from grinding in any game.

Probably one of the largest posts on this fandom so be aware.

I know nobody asked but i am doing it anyway. This is purely from my

experience. And no pictures because i'm kinda lazy now. I will start from tertiary weapons and go to the primaries and then on other weapon slots.

The only use i see when you want to pick someone from a corner and do 12 damage instead of 10... But why not use the Deagle then?

Litteraly the same as the pistol but you can use it in like "Spec Ops" loadouts.

Really cool tertiary. 25 damage in one shot is a lot. Amazing when you can aim with it.

My go-to tertiary when i'm using a single fire primary weapon (which i am always using). Yes it is not op but still great chip damage and fallback tool.

Honestly, i'm not very lucky with this thing, but i know it is extremely op when it actually works. It is litteraly an automatic RPG.

EXTREMELY underrated weapon. Nobody realises that it has 120 DPS. That is 1.5 times more than an AK or MP5 and only 20% less than a Minigun... but you don't have to rev up and it is a tertiary weapon. Tec-9 on steroids basically.

I mean... Almost everybody uses it and everybody knows that it's the one of the most powerful weapons in the game. I respect those who can actually AIM this thing and not spam it.

I have almost no experience using it but... I guess it easier to spam with? I don't know.

I mean it is pretty basic weapon and it is no way underpowered. Good if you can track.

I have no idea about this thing compared to AK (or vice versa). It is propably better or something but... Maybe worse... No idea i used it anyway.

I never used it after it was buffed but... It is pretty situational. You trade continuous damage on "kinda" burst damage... but it is not enough to satisfy me.

Ok overall, but too slow. Becomes a LOT stronger if paired with the jetpack.

I don't use it because it has an around half a second delay before firing. So i guess it is more like a minigun than an AK.

A straight upgrade from AK47. I wish it was in the criminal base.

I don't own it but it is pretty pointless i guess... maybe it is becaus of the community pressure that nobody actually uses it...

Super underrated. It is basically an 80 damage, hitscan, super long range shot but it balanced because you need to actually AIM this thing unlike the RPG.

It is only overpowered because of the herous that use it. You could potentially counter it by backing up far away enough but heroes close the distance super fast. And at a close distance it does not require you to aim to do 60 burst damage... If you use the RPG constantly you basically sold your soul to the gods of heroes... i know that was pretty offensive but it is almost true.

Straight up horrible. You need to aim extremely well to have potential to kill an enemy with a FULL clip. And yes you can use it as a mortar if you want but it is not very effective unless the enemy is distracted.

Pretty effective actually but mostly just memes. So satisfing to kill someone with a melee hit...

Really situasional and unreliable to use but VERY rewarding. Potential to do 80 damage to an enemy behind cover is good.

I have used it effectively only once in 1.5 years i play. Works more like a smoke grenade than an area denial tool. Still ok i close quarters.

I wrote it for 30 minutes straight. You can leave your opinions in the comments if you fully read it somehow.

The most cursed bug i saw. 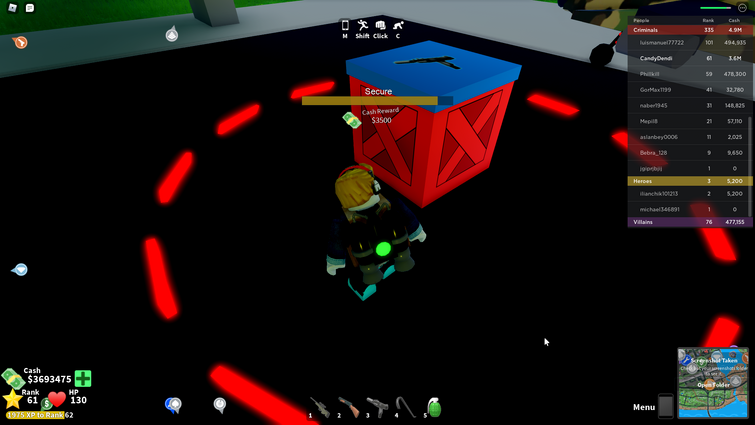 Crates
A reply to CandyDendi
0

I can not enter the plane robbery properly. I just get stuck inside the plane model. Anyone esle have experienced this problem?