The Dirtbike is a single-seater land vehicle that can be purchased for 25,000

at the front of the Prison.

It starts accelerating immediately, has decent speed and acceleration, being able to outpace the Camaro. 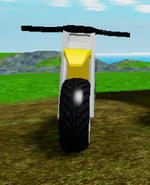 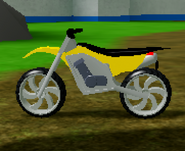