Police Base, Warehouse Criminal Base

A NERF Blaster added in-game as part of partnership of Hasbro and Roblox since April 13th, 2021.[1]

The Nerf Ray is an exclusive primary weapon. It is available in the Police Base and Warehouse Criminal Base, although it is only obtainable once the player has redeemed the unique, single-use code attached to the real-life Plasma Ray Nerf gun via the toy code redemption page on the Roblox website.[2] 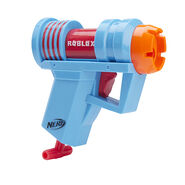 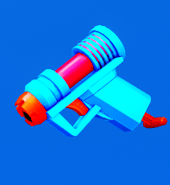