Orange building parking lot, in between the Fruit Store and Casino Park Home

at the orange building parking lot, in between the Fruit Store and Casino Park Home.

The vehicle itself has a top speed similar to the Snow Mobile, along with solid handling and brakes. Its acceleration is marginally higher than Camaro, and its tires are bulletproof and immune to police spikes.

The Terminator's roof-mounted turret functions similarly to the Minigun, with each bullet dealing 10 damage. It can continually fire for about eight seconds before overheating and requiring time to cool down. The minigun can only be operated by the passenger in its respective seat. 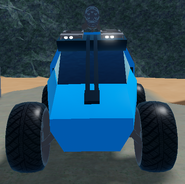 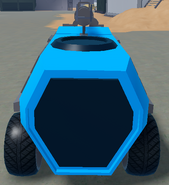