The Patriot is a land vehicle added in the March 30th, 2019 update. Its default color is sand with jet black windows and is able to fit four players including the driver. It can be purchased at the orange building parking lot, in between the Fruit Store and the Casino Park Home for 300,000

. It was formerly found in the parking lot of the Testing Lab alongside the Rhino, Overdrive, and Thunderbird, and moved in the Military Base in Season 4 until it was removed in the middle of Season 7 on May 27th, 2021 update due to the destruction of the Easter Isle. It has a somewhat sluggish acceleration. 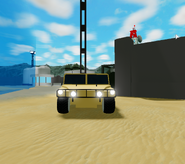 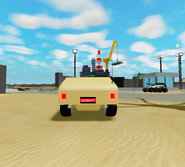 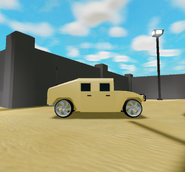 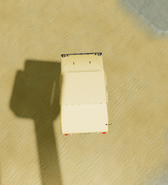