The Pirate Ship Quest was a former quest that could have been completed for cash or a power. To commence the quest, players had to go to an island off the volcano's coast. On the island was an NPC who initiated the quest, which was to find a bottled map leading to three spots.

The bottled map would spawn on any of the beaches on the island and after pressing "E" on it. The player would receive a map, which when equipped showed three spots marked by an X. One of the spots that could have been dug contained the Golden Key, which could have been used for opening the chest inside the pirate ship. 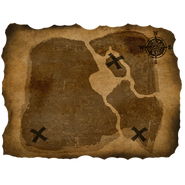 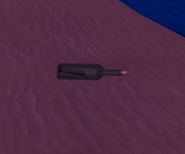