with the VIP game pass).

The Police Base is located at the front of the Prison. Here, police officers can choose between various outfits and weapons, view Criminal bounties, as well as drop off cash they have obtained from raids.

Police that kill a Criminal or Villain earn 25

and 10 XP, causing said player to be converted into a Prisoner.

If a Police arrests a player using their handcuffs, they will be rewarded with 200

along with the enemy player's bounty. XP earned via this logic will scale directly with the bounty at a rate of 1 XP per 10

and 600 XP by arresting a player at maximum bounty. Bounty cash earnings are doubled if the Police player has the VIP game pass.

Similarly to Criminals, police officers can confiscate money from the Nightclub and Cargo Plane and complete the "quest" to obtain the Jetpack from the former heist. To complete the raid and obtain the cash, officers must return to the Police Base.

Police become equipped automatically when they join the game with a Pistol-S, Taser, Handcuffs, as well as other abilities unique to the team.

Police Dogs are sentry-like units. They can be spawned and adopted directly outside of the Police Base.

By default, Police Dogs will simply follow their owners, occasionally teleporting to them when there is enough distance between each other. When their owner enters a vehicle, the dog will despawn and respawn once the player exited it. 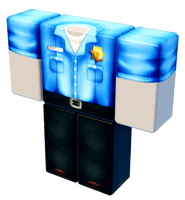 The standard blue police officer outfit found inside the police base 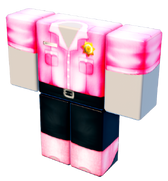 The pink outfit found in the police base 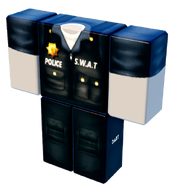 The SWAT outfit found inside the police base 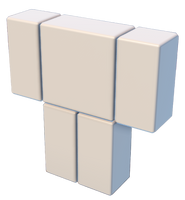 The outfit that would be of a player's Roblox avatar
Add a photo to this gallery
Retrieved from "https://mad-city.fandom.com/wiki/Police?oldid=49698"
Community content is available under CC-BY-SA unless otherwise noted.