Helicopter
The Scout is a two-seater aerial vehicle. It can be purchased for 250,000

The Scout is slightly faster than the Buzzard, but slower than the Cobra. It can seat two players and can drop a rope beneath it by pressing "C", which an additional player can hang onto.

Players inside of the Scout are fully enclosed, protecting them from enemy gunfire. However, the player hanging from the rope is completely exposed and much more vulnerable than those inside. 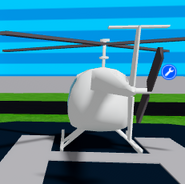 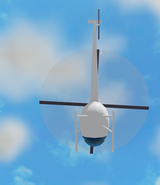