The UFO is a limited single-seater aerial vehicle. It was obtained by reaching Rank 100 in Season 4. It operates in the same way as other helicopter-type vehicles.

Like other helicopters, a rope can be dropped underneath it by pressing "C", allowing an additional player to be transported at the cost of being exposed to gunfire. Unlike other helicopters, however, the UFO's skin is the only aspect of it that can be customized, as opposed to a skin and window color. While flying the UFO, it makes a prominent beeping sound that gains a higher pitch the faster it moves.

It is faster than all other helicopter-type vehicles and the fourth-fastest aerial vehicle in the game. 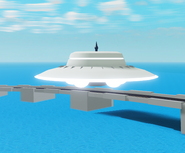 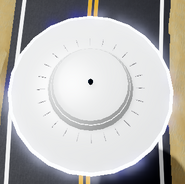 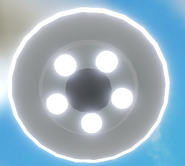